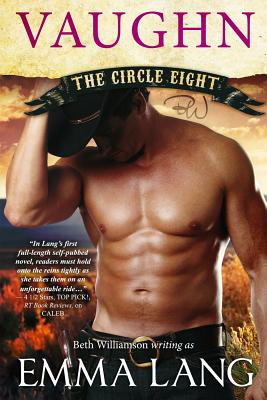 A con man. A rancher's daughter. A wildfire out of control.Elizabeth Graham spends her days running the business side of the Circle Eight ranch. Her knack for numbers and organization lent themselves to her position in the family. She has just turned twenty-one and doubts she will find a man to spend her life with. Elizabeth doesn't believe in love, after all, and when she meets a charlatan named Vaughn Montgomery, her opinion doesn't waver. At first.Vaughn Montgomery is down to the lint in his pocket and the handsome smile he uses as a weapon. His last con went wrong and he fled west. Now he finds himself trapped in the middle of nowhere Texas. And at the mercy of a hard-nosed woman who wears shapeless dresses and whose tongue can cut blocks of wood.Unwilling to bend and unable to forgive, Elizabeth and Vaughn get caught up in a web of lies that stretches from Houston to the heart of Texas. She finds herself falling for the man who can't seem to tell the truth and he can't get enough of a woman who can only speak truths. Surrounded by danger, they embark on the ultimate con to save the Circle Eight and their lives.