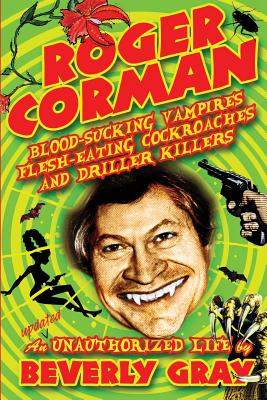 Roger Corman reigns supreme as the godfather of independent filmmaking. Since 1954, he has produced four-hundred-plus movies on shoestring budgets, blending action, sex, humor, and social message into hip (and profitable) entertainments. He has also demonstrated an uncanny eye for talent, launching the Hollywood careers of Jack Nicholson, Peter Fonda, Martin Scorsese, Jonathan Demme, and James Cameron, to name just a few. Thanks to a campaign supported by generations of grateful alumni, he was honored with an Oscar in 2009. It was a fitting valedictory, but Corman himself is still going strong, churning out monster mash-ups like "Sharktopus" and promoting them via today's social media. Beverly Gray served as Corman's story editor for nearly a decade. Through far-reaching conversations with over one hundred fellow Cormanites, she takes you behind the cameras for an insider's look at the man and the mogul. This third edition of Gray's now-classic unauthorized biography, first published in 2000, advances the Corman saga into the present day. Previously suppressed material has been restored, and a new assortment of vintage photographs enhances this edition. Gray's work has been hailed by critics like Steven Gaydos, Executive Editor of Weekly Variety, who wrote, "Beverly Gray's terrific bio of Corman explains his colorful career both as an amazing business tale and a strange, even mournful, personal journey. A development exec for Corman for many years, Gray knows both the business side of the low-budget mogul and something of Corman's almost-forgotten high-minded soul.

Beverly Gray unexpectedly became Roger Corman's assistant while finishing a PhD in Contemporary American Fiction at UCLA. Since then, her career has swung between academia and the film industry. At Corman's New World Pictures and Concorde-New Horizons, she developed 170 low-budget features, earned 6 screenwriting credits, and played several cameo roles (in all of which she kept her clothes on). Currently she teaches screenwriting workshops for UCLA Extension and blogs at Beverly in Movieland, covering movies, moviemaking, and growing up Hollywood-adjacent. She has also published "Ron Howard: From Mayberry to the Moon . . . and Beyond."
Loading...
or support indie stores by buying on