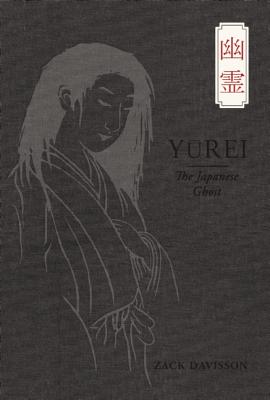 "I lived in a haunted apartment." Zack Davisson opens this definitive work on Japan's ghosts, or yurei, with a personal tale about the spirit world. Eerie red marks on the apartment's ceiling kept Zack and his wife on edge. The landlord warned them not to open a door in the apartment that led to nowhere. "Our Japanese visitors had no problem putting a name to it . . . they would sense the vibes of the place, look around a bit and inevitably say 'Ahhh . . . yurei ga deteru.' There is a yurei here."

Combining his lifelong interest in Japanese tradition and his personal experiences with these vengeful spirits, Davisson launches an investigation into the origin, popularization, and continued existence of yurei in Japan. Juxtaposing historical documents and legends against contemporary yurei-based horror films such as The Ring, Davisson explores the persistence of this paranormal phenomenon in modern day Japan and its continued spread throughout the West.

Zack Davisson is a translator, writer, and scholar of Japanese folklore and ghosts. He is the translator of Mizuki Shigeru's Showa 1926-1939: A History of Japan and a translator and contributor to Kitaro. He also worked as a researcher and on-screen talent for National Geographic's TV special Japan: Lost Souls of Okinawa. He writes extensively about Japanese ghost stories at his website, hyakumonogatari.com.

Zack Davisson is a translator, writer, and scholar of Japanese folklore and ghosts. He received a master's degree in Japanese folklore from the University of Sheffield.Davisson is the translator of "Showa 1926-1939: A History of Japan" by Shigeru Mizuki (Nov. 2013) and a contributor to Mizuki's "Kitaro" (Aug. 2013) as well as a researcher and on-screen talent for National Geographic's TV special "Japan: Lost Souls of Okinawa." Davisson runs the popular website hyakumonogatari.com, which features his translations of Japanese ghost stories and tales of the weird and strange. He currently resides in Seattle, Washington, with his wife, Miyuki.
Loading...
or
Not Currently Available for Direct Purchase