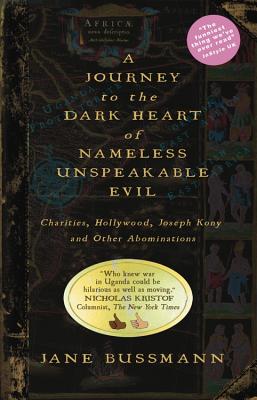 A Journey to the Dark Heart of Nameless Unspeakable Evil

"The funniest thing we've ever read."--"InStyle"

"This is one of the funniest books I've read for a long while."--"Sunday Times"

"This book will change your life."--"Mirror" (five stars)

After scriptwriter Jane Bussmann moves to Hollywood, she realizes her day job interviewing celebrities sucks. She goes to Africa in search of a dreamy activist and ends up uncovering Joseph Kony's crimes.

Jane Bussmann is a British comedy writer, performer and scriptwriter. She is also an unqualified foreign correspondent highly acclaimed by real foreign correspondents for her maverick take on Hollywood, war and white people. Jane has written for "South Park" and over fifty programs, including the legendary "Daily Show" antecedent "Brass Eye," the most complained-about TV show in British history. She has performed the award-winning stage adaptation of her book to sell-out audiences from Mombasa to New York, even accidentally to the Lords Resistance Army's London wing. She has interviewed everyone from Britney Spears to war criminals for publications including the "The Huffington Post," the "Times" of London, and "Glamour."
Loading...
or
Not Currently Available for Direct Purchase