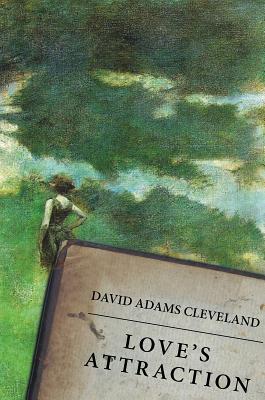 From literary Concord to the backwater canals of Venice, Love's Attraction takes readers on a tantalizing and thought-provoking journey as Michael Collins, a Washington political fixer facing an impending bribery scandal, is suddenly confronted with a past he never knew and a legacy of heartbreak and deception from which he failed to escape.

Michael Collins is returning to Lowell, the derelict mill city of his childhood, and the funeral of his estranged brother. Driving route 128, he finds himself compelled to stop in nearby Concord and at Emerson Academy, where his precocious youth as a talented pianist and dreams of a rowing scholarship to Harvard ended in devastating scandal. In his senior year, he--the "Lowell-boy"--fell deeply in love with the winsome Sandra Palmer, a blueblood Yankee from an illustrious Concord family, who inexplicably betrayed him--a bitter expulsion that led him down a path he finds himself regretting each day. As Michael revisits scenes of their love affair twenty years later, Sandra's forthright integrity--the passionate and sensitive artist he remembers--shines forth and their wrenching breakup makes less and less sense.

Leaving the Lowell cemetery on the following day, Michael is almost run down by a red pickup truck, perhaps a warning to keep his mouth shut in an upcoming grand jury investigation. Michael decides to disappear by disguising himself as a Thoreau scholar, hiding out in plain sight at the historic Concord Inn. From this oddly liberating vantage point--the life he never had--he discovers the shocking news of Sandra Palmer's recent suicide at Harvard. Made even more troubling when he learns that Sandra had a twin sister, "helter-skelter" Angela Palmer, seventies radical and eighties porn star and internet entrepreneur, who seemingly disappeared around the same time as her sister's senseless suicide.

With the FBI closing in, Michael's investigation into Sandra Palmer's untimely death transforms into an odyssey of discovery about her family's glittering if troubled past: A search for love and redemption that will finally draw him back to his own family roots in Venice. And to the Venice of 1914 as limned in the diary of Sandra's grandfather, the once famous painter, friend to Singer Sargent and Whistler, Joseph Palmer ... where yet another tale of deceit and obsession unfolds about the artist's pianist wife and model--Sandra Palmer's namesake, who befriended a poor Venetian stonecutter in the months before World War One. The tragedy of this talented woman's death--she played Boston's Symphony Hall at sixteen--created the world that the young Michael and Sandra unwittingly inherited.

Love's Attraction is a mysterious, romantic novel that explores universal themes of identity: how memory (or its lack), talent and intemperate desires--embodied in art as well as in our genes--are passed down through families to influence our hidden selves. The novel speaks to the role of metamorphosis in our lives and how the transforming elixir of love's attraction makes us most fully human.