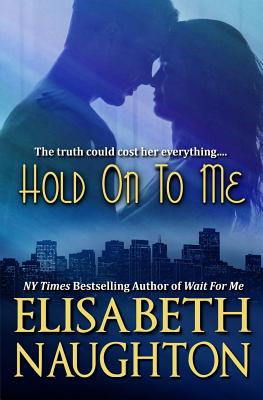 He thinks he's finally found the one...Mitch Mathews never believed in love-at least not the happily ever after kind. Then he met Simone Conners. One night with the sexy lawyer made him reevaluate his priorities and look toward a future he never planned. The only hangup is making her see it too.She's almost ready for a second chance...What started out as a casual hook-up with a rugged geologist has turned into a whole lot more. Simone's on the verge of handing over her heart, but fear over what Mitch will do when he learns who she used to be hold her back.Nothing is ever as easy as it seems...Just when Simone's ready to take a chance on forever with Mitch, the past she's been running from catches up with her. Suddenly, their relationship isn't the only thing in jeopardy. So are their lives. To survive, they'll have to work together to unravel a web of lies and deception whose threads spin closer than either realizes. And hope that when the truth is finally revealed, it won't destroy what little happiness they've managed to find in each other.

Before topping multiple bestseller lists--including those of the New York Times, USA Today, and the Wall Street Journal--Elisabeth Naughton taught middle school science. A rabid reader, she soon discovered she had a knack for creating stories with a chemistry of their own. The spark turned into a flame, and Naughton now writes full-time. Besides topping bestseller lists, her books have been nominated for some of the industry's most prestigious awards, such as the RITA(R) and Golden Heart Awards from Romance Writers of America, the Australian Romance Reader Awards, and the Golden Leaf Award. When not dreaming up new stories, Naughton can be found spending time with her husband and three children in their western Oregon home. Learn more at www.ElisabethNaughton.com.
Loading...
or support indie stores by buying on