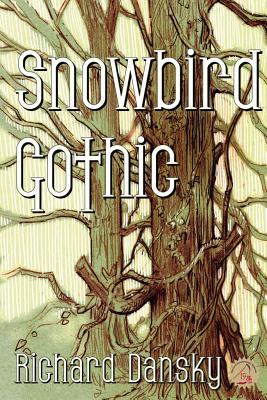 The first short fiction collection from acclaimed novelist and video game writer Richard Dansky, Snowbird Gothic goes deep into the haunted forest of his imagination. From kudzu that smothers more than just trees to the secrets at the heart of a cloud of volcanic ash, from the beasts prowling the swamps of North Carolina to the battle cry of a thousand fallen leaves, Snowbird Gothic showcases the nightmares that can't always be conjured on a monitor screen.

Writer, game designer and cad, Richard Dansky was named one of the Top 20 videogame writers in the world in 2009 by Gamasutra. His work includes bestselling games such as TOM CLANCY'S SPLINTER CELL: CONVICTION, FAR CRY, TOM CLANCY'S RAINBOW SIX: 3, OUTLAND, and the upcoming SPLINTER CELL: BLACKLIST. His writing has appeared in magazines ranging from The Escapist to Lovecraft Studies, as well as numerous anthologies. The author of the critically acclaimed novel FIREFLY RAIN, he was a major contributor to White Wolf's World of Darkness setting with credits on over a hundred RPG supplements. Richard lives in North Carolina with his wife, statistician and blogger Melinda Thielbar, and their amorphously large collections of books and single malt whiskys.
Loading...
or support indie stores by buying on