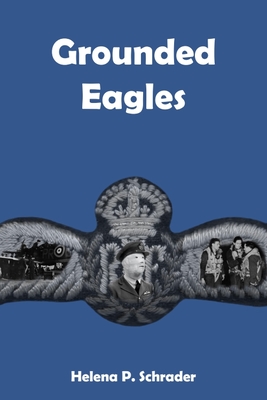 Three Tales of the RAF in WWII

A Stranger in the Mirror:

David Goldman, a German Jew with Canadian citizenship, is shot down in flames while flying for the RAF in September 1940. His face is burned beyond recognition, and he is told he will never fly again. While the legendary plastic surgeon Dr. McIndoe reconstructs a face and hands one painful operation at a time, the 22-year-old former fighter pilot must come to terms with the stranger in the mirror and decide who he really is.

A Rose in November: A WWII Love Story for the Not-so-Young

Not all lovers are young. Rhys Jenkins is Chiefy of a Spitfire squadron in late 1940, a full-time job in itself, but he is also a widower with two teenage children in need of his attention. Hattie FitzSimmons has devoted her life to the Salvation Army ever since WWI ended her hopes for a husband and family of her own. They are no longer young when they find each other, but they both feel things are 'right' -- until Rhys discovers that Hattie has been hiding something from him.

In late November 1943, Flight Engineer Christopher Kit Moran, DFM, refuses to fly to Berlin on what should have been the seventh op of his second tour of duty. His superiors post him for lack in moral fibre and he finds himself in a mysterious DYDN center. Here, psychiatrist Wing Commander Dr. Grace must determine if he has had a mental breakdown requiring psychiatric treatment -- or if he deserves humiliation and disciplinary action for cowardice.