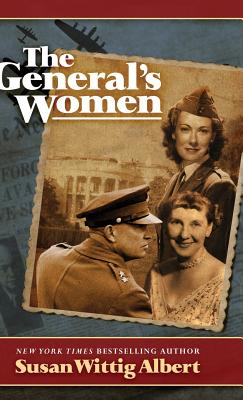 Set during the chaotic years of World War II, The General's Women tells the story of the conflicted relationship between General Dwight Eisenhower and Kay Summersby, his Irish driver/aide, and the impact of that relationship on Mamie Eisenhower and her life in Washington during the war. Told from three alternating points of view (Kay's, Ike's, and Mamie's), the novel charts the deepening of the relationship as Ike and Kay move from England (1942) to North Africa (1942-43) to England, France, and Germany before and after the Normandy landing (1944-45). At the end of the war, Ike is faced with the heart-wrenching choice between marrying Kay and a political future.

The story continues into the post-war years, as Ike (returning to Mamie) becomes Army Chief of Staff, president of Columbia University, Supreme Commander of NATO, and president of the United States. Kay, meanwhile, struggles to create a life and work of her own, writing two memoirs: the first (Eisenhower Was My Boss, 1948) about her war work with Ike; the second (Past Forgetting, 1976) about their love affair. An author's note deals with the complicated question of the truth of Kay's story, as it finally appears in the posthumously-published Past Forgetting.