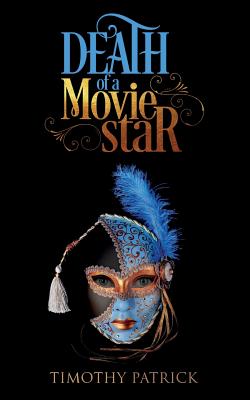 Death of a Movie Star

StarBash is the hottest thing on TV. Featuring desperate actors facing off in absurd competitions to win a movie deal, the reality show is famous for making fools of its fame-starved participants.

So it seems odd that respected Hollywood A-lister Cassandra "Casmo" Moreaux would become a contestant. But her motivation is simple: revenge against the program's producer, Lenora Danmore, the legendary movie star who blacklisted Casmo's mother during the McCarthy era.

Casmo plans to use StarBash to confront and embarrass Lenora in front of the entire country-but what Casmo doesn't know could kill her.

Vindictive and wicked, Lenora is determined to set a trap for the upstart movie star. But when Casmo unexpectedly falls in love with the show's wry host-Lenora's illegitimate son-the murder plot bubbles over with unforeseen complications.

Tim Patrick is a graduate of UCLA. He and his wife live in Southern California and are the parents of two grown children. When he isn't writing, Patrick enjoys aviation, mountain biking, and experimenting in the kitchen, where he is an undisputed connoisseur of the tater tot.
Loading...
or support indie stores by buying on