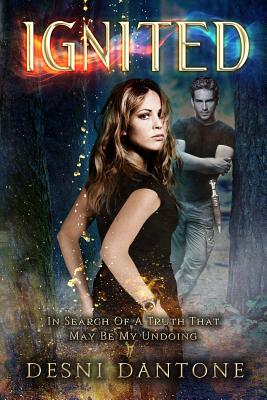 Seventeen year old Kris Young is on the run from a throng of superhuman golden-eyed freaks hell-bent on seeing her dead, and she doesn't know why. Good thing she has her guardian angel to protect her...sort of. Kris is aided by Nathan, the mysterious man that ends up being anything but angelic when he rescues her for the fourth time in fourteen years. Even if the handsome hero illusion is shattered by his harsh treatment of her, he knows how to fight this strange enemy and is determined to keep her safe at all costs. As the body count rises in their wake, Nathan introduces Kris to a world in which not everyone is human and the battle lines between good and evil are clearly drawn. Kris's piece in the puzzle is something neither is aware of and, as they uncover the truth, neither is prepared for what they find. Overcoming twists and revelations that shatter both of their lives, they discover that nothing is as it seems and nothing, least of all their hearts, are safe. From debut author, Desni Dantone, Ignited is the first novel in a tale of first love, mystery and adventure that will introduce you to an exciting new world as Kris discovers how she fits in it.

Desni Dantone first put pen to paper in the creative sense when she was eleven years old. Her mother was her first fan and critiqued her not-so-good stories with a smile. She likes to think that her writing has gotten much better since those first few rough drafts. She resides in Greensburg, Pennsylvania with her husband, Stephen, son, Nicholas, dog, Bo, and their three cats, Jackson, Itty, and Yoshi. Her only claim to fame is that she hails from the same hometown as Dean Koontz, and she does try to find a way to bring it up every chance she gets. Her dream is for Everett, PA to be put on the map because it boasts not one, but two, best-selling authors. She loves young adult paranormal romance books, and loves to write them even better. Her first novel, Ignited, is the first book in a series that she has enjoyed every minute of writing. Completing this series and pursuing a writing career is her goal in life-right after potty training her son and puppy! Find out more on her blog at: deswritingcloset.blogspot.com or follow her on facebook at: www.facebook.com/ignitedbooks
Loading...
or support indie stores by buying on