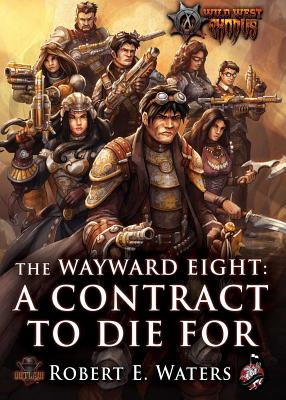 A Contract to Die for (Wild West Exodus (Zmok Books))

The Wayward Eight fought for the Confederacy against the Union and the hated President Lincoln. Times have changed, however, in the United States in odd ways. Recruited by Pinkerton, the eight have joined forces with the Union under special orders from the incognito Lincoln to take out Dr. Carpathian. Suspicion and jealousies may stop the venture before it starts.

Robert E. Waters has written short stories for several magazines dealing with Science fiction and fantasy
or
Not Currently Available for Direct Purchase