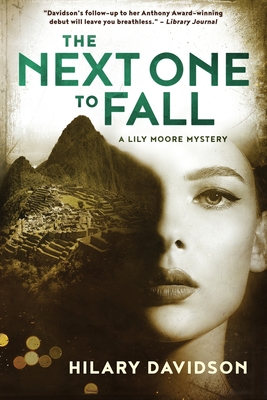 Hilary Davidson's The Next One to Fall takes place three months after the events of her debut novel, the Anthony Award-winning The Damage Done.

Travel writer Lily Moore has been persuaded by her closest friend, photographer Jesse Robb, to visit Peru with him. Jesse is convinced that the trip will lure Lily out of her dark mood, but Lily is haunted by betrayal and loss. At Machu Picchu, the famous Lost City of the Incas, they discover a woman clinging to life at the bottom of an ancient stone staircase. Just before the woman dies, she tells Lily the name of the man who pushed her.