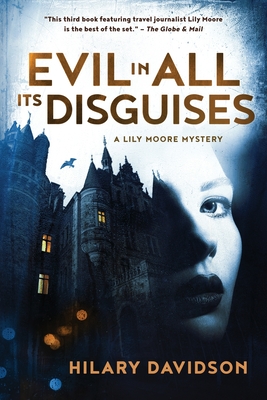 Evil in All Its Disguises

When travel writer Lily Moore joins a group of journalists for a press junket to Acapulco, she expects sun, sand, and margaritas. Instead, she finds that the Mexican city, once the playground of Hollywood stars, is a place of faded glamour and rising crime. Even the luxurious Hotel Cer n, isolated from the rest of the town, seems disturbing to her, with its grand, empty rooms, ever-watchful staff, and armed guards patrolling the grounds.

Lily isn't the only one who suspects something rotten under the hotel's opulent facade. Skye McDermott, another journalist on the trip, asks Lily for help with an article she's working on about fraud and corruption in the hotel industry. Skye claims she's eager to write a piece of real journalism rather than the fluff she's known for. But she also lets slip that she's deeply upset at a lover who jilted her, and she plans to exact her revenge by exposing his company's illegal activities.

After Skye disappears suddenly, Lily suspects her friend is in grave danger. But the hotel's staff insists that everything is fine and refuses to contact the police. Only after Lily tries-and fails-to leave the Hotel Cer n does she discover the truth: the journalists are prisoners in a gilded cage.

Too late, Lily realizes that she has been maneuvered into the role of bait in a vicious, vengeful plot. Faced with unthinkable choices, Lily must summon all her strength to survive, confront the past she's still running from, and save other lives.