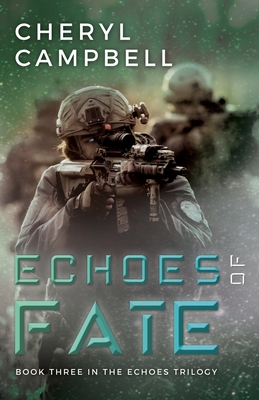 Book Three in the Echoes Trilogy

Dani's return home to Maine after three years of diplomatic missions overseas lands her in jail and within Colonel Houston's crosshairs. Maine's civilian and Commonwealth forces continue to work together against the Wardens-the genocidal faction of alien Echoes-but Dani's relationship with Colonel Houston deteriorates into a personal conflict, putting others' lives at risk. When Houston has sixteen-year-old Oliver whisked away to become a Commonwealth soldier, Dani's primary ally in getting him back, General Ramos, is declared missing in action.

Though she knows it is a trap, Dani heads into Warden territory to retrieve General Ramos. The mission takes her into Canada and surrounding New England, where she and Rowan, a Warden, once again cross paths. Setbacks do not deter Rowan, but his increasingly reckless resolve to defeat the Commonwealth and destroy all humans on Earth jeopardize Dani's life and the Commonwealth's plan to win the war.