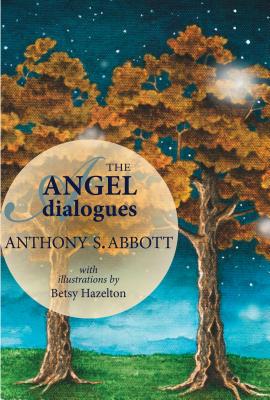 The Angel Dialogues is a book-length suite of poems about a played-out, cynical poet – “the poet who / waits / for the feather to / drop / from the unpredictable  / sky.” Spiritually fatigued, desperate for that next great poem, he cries out to forces beyond him for help and is visited for the next year by a young iconoclastic woman angel, the angel of our dreams – who, not incidentally, reads Yeats and knew Whitman, and becomes not only his Muse, but his perfect capstone poem. The Angel Dialogues mines with profundity and lyric intensity a sacred vein – with an imaginative finesse and sense of humor that is at once mystical and accessible.

Anthony S. Abbott is the Charles A. Dana Professor Emeritus of English at Davidson College where he served as Department Chair from 1989 to 1996. He is the author of four critical studies, two novels and six book of poetry, including the Pulitzer nominated The Girl in the Yellow Raincoat.

His awards include the Novello Literary Award for Leaving Maggie Hope (2003), the Oscar Arnold Young Award for The Man Who (2005), and the Brockman-Campbell Award for If Words Could Save Us (2011) as well as the Irene Blair Honeycutt Award for Lifetime Achievement in the Arts. He lives in Davidson, North Carolina with his wife, Susan.