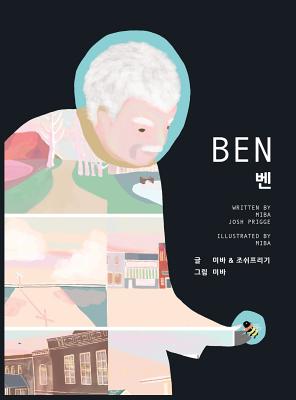 One day in the early spring, an old man finds a struggling bee on the road.

Staring at the bee brings back memories. He feels compelled to do something. He reaches into his pocket, takes out an old napkin and bends down.

The story of Ben originated in 2005. One day, just as signs of spring were appearing, Josh noticed a bee on the road near some melting snow. As he bent down to have a closer look, he realized it was moving very slowly. He wanted to save the bee and help it survive until the spring came.

As the years passed, the story of the bee remained in his mind. He wasn't sure how the story would go until he met Miba and her grandmother. In the winter of 2013, her grandmother collapsed and has been in the hospital ever since. After many visits, the bee idea started to make more sense. Josh told Miba about the idea. They developed it together and came up with the story of Ben.