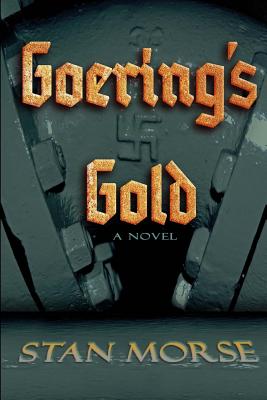 In 1934 Hermann Goering was flying high as the Nazis came to power. Knowing Hitler's radical plans were a gamble, he smuggled a nest egg of three tons of gold to America, embedded in hydroelectric pipe destined for a project in the Pacific Northwest. When the Third Reich fell in 1945, the Russians seized Goering's papers and put them in storage, where they remained until a former KGB officer rediscovered them during a routine audit in 2001. In that same year, America's finest assassin, Jerry Dearborn, was lost when a Cuban MiG jet shot down his jet over the Caribbean. A dead Jerry became a convenient scapegoat for U.S. embarrassment over a botched assassination on the Yucatan Peninsula. What the government's covert assassination squad-the Foreign Intervention Coordination Office (FICO)-didn't know was that Jerry was not on that jet. Now in hiding, and encamped near the same hydro project where Goering's pipes were installed, Jerry is involuntarily drawn into a struggle between forces seeking the lost gold. If FICO learns he still lives, Jerry's days will be numbered. Stan Morse is a lawyer, author, keynote speaker and motivational presenter for kids, living in Washington State. The inspiration for Goering's Gold came from his discovery in 1976 of swastikas cast into pipes at a local hydroelectric plant. The novel's cover was created from an actual photograph of one such pipe. This story, unlike the photo, is pure fiction. Maybe . . .

Stan Morse was born in 1954 and grew up in central Washington State. At the age of 17 he was injured snow skiing, finishing his senior year as a paraplegic. He earned a Bachelor's degree from Central Washington University in 1976, a law degree from Southern Illinois University in 1979, and has practiced law since being admitted to the Washington bar in 1979. In 2005 he authored Circling the Earth in a Wheelchair, an account of his five-month solo journey around the world. In 2013 he authored Brothers of Summer, a novel set in the summer of 1969. He can be contacted through his website: stanmorse.com.
Loading...
or support indie stores by buying on