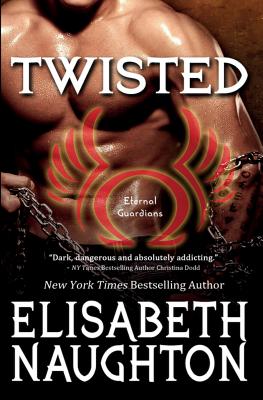 Nick - Leader of the half-breeds and the last true hero. He's spent his life fighting a dark pull toward the gods. A pull he now knows is linked to his father Kr nos and the Titan's plan to escape from the Underworld. But Nick's hidden powers are coveted by more than just his father. Imprisoned by Hades, Nick battles every form of torture imaginable as the god schemes to break him. Only one thing is keeping him sane. One woman who gives him the strength to fight the relentless darkness. But she has a dangerous plan of her own, and as Nick's powers grow stronger, even she might not be enough to alter his destiny. As the fate of the world hangs in the balance, Nick's allegiance are tested. And no one knows whether he will choose to fight for good or succumb to the sinister lure of evil. Not even him.

Before topping multiple bestseller lists-including those of the New York Times, USA Today, and the Wall Street Journal-Elisabeth Naughton taught middle school science. A rabid reader, she soon discovered she had a knack for creating stories with a chemistry of their own. The spark turned to a flame, and Naughton now writes full-time. Besides topping bestseller lists, her books have been nominated for some of the industry's most prestigious awards, such as the RITA(R) and Golden Heart Awards from Romance Writers of America, the Australian Romance Reader Awards, and the Golden Leaf Award. When not dreaming up new stories, Naughton can be found spending time with her husband and three children in their western Oregon home. Visit the author's website at www.ElisabethNaughton.com
or support indie stores by buying on
Copyright © 2020 American Booksellers Association