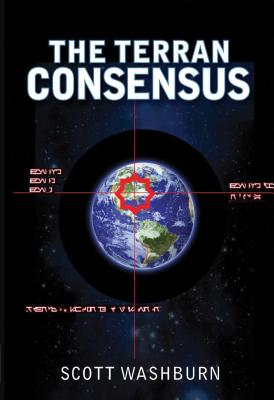 Faced with an alien invasion, humans must decide who they can trust to survive A science fiction novel set in the near future. On a lovely summer evening, naval officer Robert Hancock and his daughter, Melissa, look up to see a space battle between alien spaceships taking place in orbit above Earth. Astronaut Kay Youngs and engineer Usha Vasthare have a much closer view from the International Space Station. When one of the alien ships crash lands near an American city, the main characters find themselves drawn into an ancient interstellar war. As evidence mounts that one side in the war has been manipulating humanity for decades in hopes of turning them into unwitting allies in their conflict, the humans are faced with the fact that the other side is preparing an attack to make sure there are no Earthlings left to become allies to anyone. With time running out, the humans must decide who--if anyone--they can trust and how they can best survive the coming storm.

Scott Washburn is an architectural designer by profession, an avid reader of military history as well as long time re-enactor and wargamer. He has written the first two books in the "Martian Front" series, the author of The Terran Consensus and has contributed short stories to the "Beyond the Gates of Antares" books.
Loading...
or
Not Currently Available for Direct Purchase