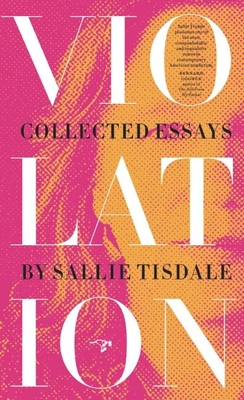 Most Anticipated, Too: The Great 2016 Nonfiction Book Preview
The Millions
GROUNDBREAKING. A career-defining book. -The New Yorker Sallie Tisdale is the author of seven books on such varied subjects as medical technology, her pioneer ancestors, and Buddhist women teachers. Her many essays have appeared in Harper's, Conjunctions, The New Yorker, Antioch Review, The Threepenny Review, and many other journals. This first collection of work spans 30 years and includes an introduction and brief epilogues to each essay. Tisdale's questing curiosity pursues subjects from the biology of flies to the experience of working in an abortion clinic, why it is so difficult to play sports with men, and whether it's possible for writers to tell the truth. She restlessly returns to themes of the body, the family, and how we try to explain ourselves to each other. She is unwilling to settle for easy answers, and she finds the ambiguity and wonder underneath ordinary events. The collection includes a recent essay never before published, about the mystery of how we present.

Sallie Tisdale is the author of seven books, including Talk Dirty to Me (Doubleday, 1994) and The Best Thing I Ever Tasted (Riverhead, 2000), a finalist for the James Beard Award for Writing. Her memoir Stepping Westward (Henry Holt, 1992) was named one of the 100 Notable Books of the West. Her most recent book is Women of the Way (HarperCollins, 2006). Her essays have appeared in such publications as Harper's, Antioch Review, Conjunctions, The Threepenny Review, The New Yorker, Tricycle, Creative Nonfiction, and Esquire. Tisdale is the 2013 recipient of the Regional Arts and Culture Council Literary Fellowship. She has received an NEA Fellowship in Belle Lettres, a Pushcart Prize, the James Phelan Literary Award, the American Journal of Nursing Book of the Year award, and a Pope Foundation Award, and she was a Dorothy and Arthur Shoenfeldt Distinguished Writer of the Year. Tisdale's essay Scars won the Council for the Advancement and Support of Education National Gold Medal for feature writing. Her work has been reprinted in many anthologies, including Best American Spiritual Writing, Best Buddhist Writing, and Best American Science Writing. She has been a guest writer and teacher at several institutions, including the University of California, Davis, the University of Montana, New York University, the Medill School of Journalism, Antioch University West, Reed College, and the Omega Institute. She was a judge for the National Book Award in 2010. She is a member of PEN. She lives in Portland, OR.
Loading...
or support indie stores by buying on