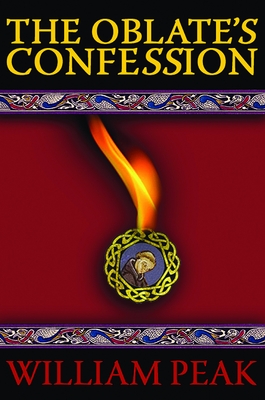 The Dark Ages, England: a warrior gives his son to a monastery that rides the border between two rival Anglo-Saxon kingdoms. Growing up in a land wracked by war and plague, the child learns of the oath that binds him to the church and forces a cruel choice upon him. To love one father, he must betray another. The decision he makes shatters his world and haunts him forever. This quietly exotic novel places us compellingly in another time, another place, where chieftains fear holy men, holy men fear the world, and prayer has the primal force of fire. While entirely a work of fiction, the novel's background is historically accurate. In the midst of a tale that touches the human in all of us, readers will find themselves treated to a history of the Dark Ages unlike anything available today outside of textbooks and original source material.

William Peak spent ten years researching and writing The Oblate's Confession, his debut novel. A graduate of the creative writing program at Hollins University, Peak lives with his wife Melissa on Maryland's Eastern Shore where he works in a public library.
or
Not Currently Available for Direct Purchase