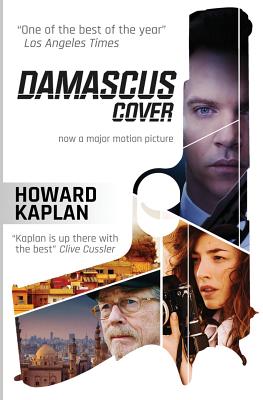 LA TIMES BESTSELLER. TRANSLATED INTO 7 LANGUAGES. "KAPLAN IS UP THERE WITH THE BEST" - CLIVE CUSSLER In a last ditch effort to revive his career, washed out agent Ari Ben-Sion accepts a mission he never would have 30 years ago, to smuggle a group of Jewish children out of the Damascus ghetto. Or so he thinks. In Damascus, a beautiful American photographer, Kim, seems to be falling in love with Ari, but she is asking too many questions. His communication equipment disappears. His contact never shows up. The operation is only hours away and everything seems awry. Desperate to succeed, Ari might risk everything. Even his life.

HOWARD KAPLAN, a native of Los Angeles, has lived in Israel and traveled extensively through Lebanon, Syria and Egypt. At the age of 21, while attending school in Jerusalem, he was sent on a mission into the Soviet Union to smuggle out a dissident's manuscript on microfilm. His first trip was a success. On his second trip to the Soviet Union, he was arrested in Khartiv in the Ukraine and interrogated for two days there and two days in Moscow, before being released. He holds a BA in Middle East History from UC Berkeley and an MA in the Philosophy of Education from UCLA. He is the author of four novels.
Loading...
or
Not Currently Available for Direct Purchase