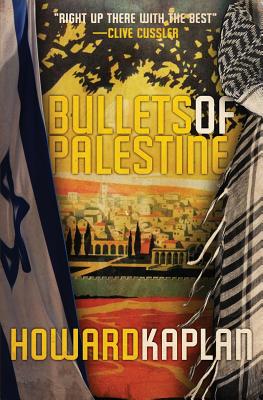 Two agents. Two opposing sides. Israeli Agent Shai is dispatched to eliminate a terrorist threat. To succeed in his mission Shai must win the trust of Palestinian Agent Ramzy who will help him gain access to the infamous and dangerous Abu Nidal. Shai is under orders to kill Ramzy when the mission ends. Instead, they forge a friendship that transcends the hatreds of their heritage. Loyalties are tested. Will they capture Abu Nidal or betray each other? In a conflict where both sides dehumanize each other, two extremely human men, are caught in the cross-hairs of the larger war.

HOWARD KAPLAN, a native of Los Angeles, has lived in Israel and traveled extensively through Lebanon, Syria and Egypt. At the age of 21, while attending school in Jerusalem, he was sent on a mission into the Soviet Union to smuggle out a dissident's manuscript on microfilm. His first trip was a success. On his second trip to the Soviet Union, he was arrested in Khartiv in the Ukraine and interrogated for two days there and two days in Moscow, before being released. He holds a BA in Middle East History from UC Berkeley and an MA in the Philosophy of Education from UCLA. He is the author of four novels.
Loading...
or support indie stores by buying on