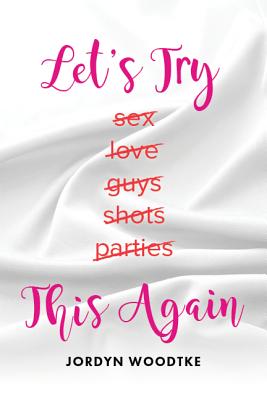 One girl.  Two guys.  It's complicated.
First there is Isaac, the ex-boyfriend who threatens her move to a sunny new life on the west coast when he suddenly comes back into the picture.  The chemistry is intoxicating and Josie starts eating, breathing, and sleeping with him again until the move.  Things are hard enough saying goodbye to her childhood home and very best friends, but when Isaac makes it seem like he might actually want her to stay, Josie wonders if she’s giving up on him too quickly.
Josie takes the plunge and moves to California.
Then comes Carter. Sweet, doting - and, oh my god! - former boy band heartthrob, Carter. Josie’s new life falls into place, with new friends and a job working as the personal assistant for Carter as he plans the re-launch of his career. When it seems like there might be something between Josie and her new boss, she can’t help but hold back in fear of crossing a line and, worse yet, getting her heart crushed.  Once again.
What spirals into a complicated, heart wrenching, unexpected love triangle forces Josie to face a decision that she is not sure she can make.  Carter or Isaac.  Or - who knows?
It’s Sex in the City meets Bridget Jones Diary under the Hollywood sign.  A masterful debut novel of love, sex and rock & roll in the New Adult genre.

Jordyn Woodtke is a gifted new writer destined to take the New Adult genre by storm with Let's Try This Again.  A graduate of NYU, she majored in screenwriting with a minor in bottomless brunching, skills she took with her to Los Angeles.  Now, on any given afternoon you're likely to find her petting puppies, noshing at numerous brunch spots in LA or bingeing on Netflix on her couch.  She loves storytelling because it lets her say things she wished she'd said when she had the chance.  And if Let's Try This Again is any indicator of future success, Jordyn will get to keep saying them for a long time to come.