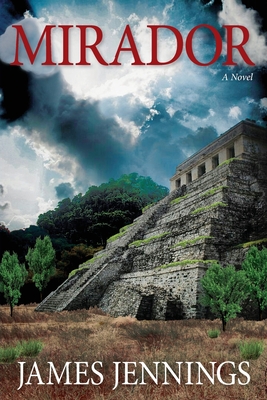 Nate Hunter has no desire to visit Chiapas, Mexico. It's 1993, dawn of the Internet Age, and his star as a brilliant computer engineer is on the rise. He wants to stay put, focus on work. But his wife, Sarah, a dedicated nurse, wants to save the world. Invited to join a mission trip to the village of Mirador, deep in the Lacandon Jungle, she decides she's going, and Nate won't let her go alone. He knows the looming enactment of the North American Free Trade Agreement (NAFTA) is causing unrest among the campesinos and the government is cracking down on protests. The pastor leading the trip insists it's safe, but beneath the surface calm, rebellion is brewing, and an army of peasants calling themselves Zapatistas is preparing for war.

By the time the group reaches Mirador, Nate realizes the trip is a mistake. That evening, Sarah tangles with the leader of a paramilitary group, triggering events that lead Nate deeper into the jungle, to a secret rebel camp, where unforgiving tests and a newfound sense of purpose challenge everything he believes about himself as a husband, lover, fighter, and man.

Honoring the spirit of the ancient Maya and the "war against forgetting" still being waged by los ind genas today, Mirador tells the story of one man's reckoning with love and loss, friendship and betrayal, courage and cowardice, death and rebirth, as he helps a group of rebels prepare for the Zapatista uprising of January 1, 1994: the first war fought on the ground and the World Wide Web.