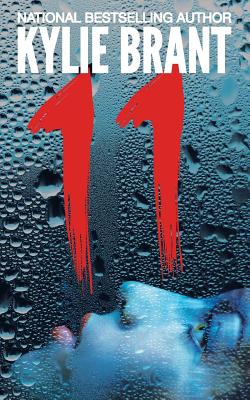 Eleven. For three long years that's what she was called by The Collector, the sexual sadist who enslaved her. Mia Deleon fought the odds and escaped only to discover that no one would believe her about the ordeal she'd endured. Not the police. Not her family or friends. Even the investigators she hired couldn't find a trace of the sexual predator. So with help she disappeared, always looking over her shoulder, living in the shadows. Knowing she'd never be safe while he was still free. Security expert Jude Bishop had helped her vanish. Now he's been hired to bring Mia back. A criminal profiler may have discovered a tenuous link to her case. But Jude is nearly too late because The Collector has already found Mia, too. And their race to trail the sexual sadist turned killer brings Mia ever closer to the man obsessed with her. Because she became his prized possession the moment she'd evaded him. And he'll stop at nothing to see his collection finally complete...

Kylie Brant has penned over thirty-five award-winning romantic suspense novels for Berkley Sensation and Silhouette. She's a three-time Rita nominee, has been nominated for five Romantic Times awards, and is a RT Career Achievement award winner. In 2004 and 2009 she was awarded the overall Daphne du Maurier award for best romantic suspense novel. Her book UNDERCOVER BRIDE is on Romantic Times magazine's All-Time Favorites list. Kylie's books have been published in twenty-nine countries and translated into sixteen languages.
Loading...
or support indie stores by buying on