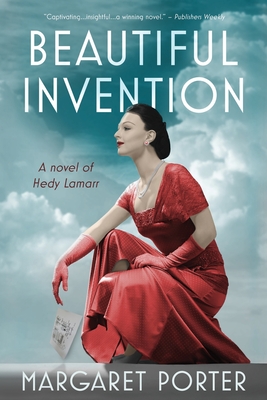 A Novel of Hedy Lamarr

Beautiful Invention: A Novel of Hedy Lamarr by Margaret Porter

"But I don't regret anything. I learned a lot." --Hedy Lamarr

Hedy Kiesler, Austrian actress of Jewish heritage, scandalizes Europe with her nudity in the art film Ecstasy. Her hasty marriage to a wealthy munitions merchant disintegrates as he grows increasingly controlling and possessive. Even worse--he supplies deadly weapons to Hitler's regime.

She flees husband and homeland for Hollywood, where Louis B. Mayer transforms her into Hedy Lamarr, an icon of exotic glamour. Professional success clashes with her personal life as marriage and motherhood compete with the demands of studio and stardom.

Roused to action by the atrocities of World War II, Hedy secretly invents a new technology intended for her adopted country's defense--and unexpectedly changes the world.