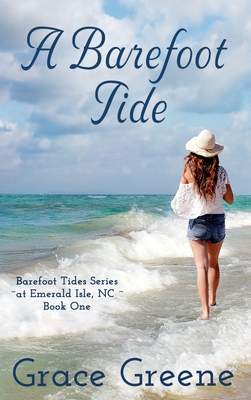 From rural Virginia to coastal Carolina Sometimes the biggest risk is in playing it safe...

Lilliane Moore leaves the forests and rolling hills of her rural Virginia hometown, Cub Creek, to accept a temporary job as a companion to an elderly man who lives at the beach.

It's a risky move that's out of character for her, but her thirties are passing quickly-she feels like she's closing in on forty fast-plus she's got a hole in her roof and no AC. The big payday she's been promised for this short-term assignment will fix a lot of what's wrong in her life. The job is at the beach in North Carolina, in a place called Emerald Isle at the end of the Outer Banks. She's never seen the ocean before and she'd like to, but what's the catch?

Because there's always a catch, isn't there?

Taking a job in a home with someone she doesn't know and so far from her own home may be a risk-but the biggest risk for Lilliane may be the unexpected-including leaving the home and hometown to which her heart and past are irrevocably tied, and to which she must return-no matter what happens while she's away.