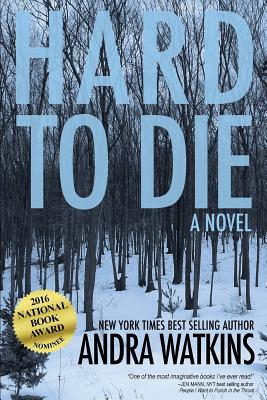 No one knows what happened to Theodosia Burr, the fiery daughter Aaron Burr serenades in Hamilton: An American Musical. When she disappeared she fell into an in-between called Nowhere. For her soul to rest, she has one assignment: Help someone navigate a life-changing crossroad or be forgotten forever.

Theo is running out of time when she encounters Richard Cox, a West Point cadet who's desperate. After someone from Richard's past presents him with an impossible ultimatum, he has two choices: Return to spying on the Russians...or die.

As Theo and Richard battle adversaries, treachery collides with their growing passion. Can they trust each other enough to elude their enemies? Or are they pawns for a bigger foe determined to destroy them?

Hard to Die is the first book in the Nowhere Series, a speculative blend of riveting suspense, forgotten history, and a dash of paranormal fiction. If you like edge-of-your-seat action, compelling characters, and white-knuckle emotion, you'll love the first installment in New York Times best selling author Andra Watkins' page-turning series.

Buy Hard to Die today and discover your next favorite read