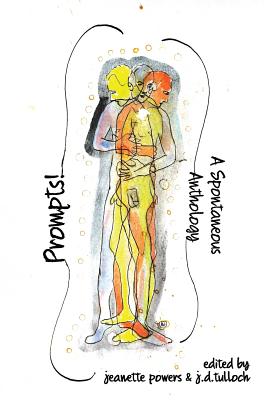 In June 2016, a social media call was sent out to the members of Poetic Underground--a whiskey drinking, verbal slinging, raucous and righteous open mic poetry sequence at the Uptown Arts Bar in Kansas City, MO--egging the artists to request a prompt: a short, personally crafted phrase intended to be the inspiration for NEW SHIT to spit at open mic night. Over the next week, over one-hundred prompts were issued, which led to the epic readings of volumes of New Shit But other folks, many of whom were unable to attend open mic, wanted to be part of the shenanigans; so, the idea of a prompts book was born.

Prompts A Spontaneous Anthology represents the outpouring of new work by both fledgling and established writers and artists, which was engendered, simply, by the offer of a prompt.