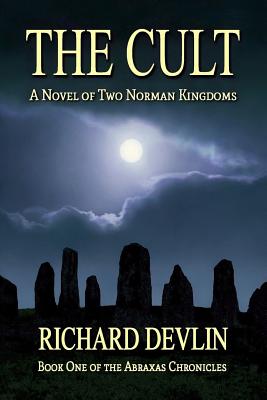 A Novel of Two Norman Kingdoms

-HONORABLE MENTION, FOREWORD REVIEWS' INDIEFAB BOOK OF THE YEAR AWARD FOR HISTORICAL FICTION- A meeting of two worlds. A tale of forbidden love. A chronicle of heresy and crime. Set at the time of the Third Crusade, THE CULT follows the fates of Elise, Edmond, and Martin, three pupils of a learned English scholar who become caught in a web of deceit and threatened by an ancient Gnostic cult reincarnated in a new and monstrous form. Forced to separate, Elise and Edmond strive keep their love alive despite great opposition. One by one, each for a different reason, all three friends come to Arab-Norman Sicily, a rich and brilliant realm where Christians, Jews, and Muslims live in peace. In cosmopolitan Palermo, minarets rise beside church towers, the Norman king keeps a harem, and Muslims work with Christian clerics to recover classic texts. Here, Martin meets Khalil al-Din, the Arab scholar who will change his life. As their imperiled lives unfold, the three friends struggle against both the evil of the cult and the oppressive prohibitions of their time. Their intimate stories bring to life an epic age whose conflicts closely parallel our own.

Richard Devlin is a writer and artist who lives in the San Francisco Bay Area. He has had fifteen solo exhibitions of his paintings in California and Pennsylvania, where for many years he was chair of the Art Department at Carlow University. A published art critic, he has been a lover of medieval art and architecture since boyhood, making secular pilgrimages over the years to Romanesque and Gothic churches and monasteries in France, England, Italy, Spain, and Germany. But it was a journey to Sicily and his discovery of its rich and varied past that inspired The Cult, the first novel of The Abraxas Chronicles.
or
Buy Here
Copyright © 2020 American Booksellers Association