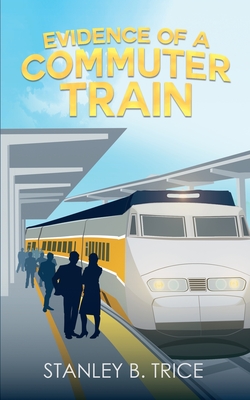 Evidence of a Commuter Train

The uncommon life of train commuters unveils itself in these twenty stories about Phil, Angie, Tony, Clyde, Paula, and others who hope they don't sleep past their stop again. Filled with drama, comedy, and adventure, these stories show people connecting with their fellow commuters by what happens on the train.

Will Phil and Angie find love? Can Tony find the emerald ring a ghost hid on the train? How can an overweight Clyde escape from a locked train bathroom after the lights go out and his stop is coming? Near the train tracks, there is Paula's house where women escape into their art and from the memories of commuting. These are just some of the stories about people experiencing life on and off a commuter train.

Riding a commuter train is a salvation when the highways shut down and agony when the rails shut down. It is a time to catch up on sleep, play video games, listen to music, socialize, knit, read a book, or write a book.