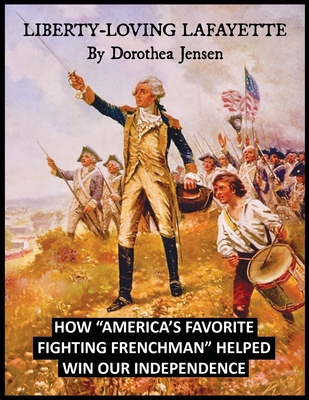 "An ode to the great Lafayette, beautifully told and richly illustrated..." -Alan R. Hoffman, Translator Lafayette in America in 1824 and 1825: Journal of a Voyage to the United States, and President, The American Friends of Lafayette.

Inspired by the Broadway hit, HAMILTON, and by Longfellow's "The Midnight Ride of Paul Revere," author Dorothea Jensen wrote this short rhyming narrative about the Marquis de Lafayette and his crucial role in our Revolutionary War.

A glossary and extensive endnotes supply further information about the historical figures and events mentioned in the poem. This playful historical account is aimed at middle schoolers, as well as young and older adults. It would be entertaining and educational to perform in a classroom or other settings, such as events celebrating the upcoming bicentennial of Lafayette's 1824-5 Farewell Tour of America.

A Few Things You Will Learn from this Book:

Jensen has previously written two historical novels for young readers (middle graders and young adults) about Lafayette and about the American Revolution. These are entitled A BUSS FROM LAFAYETTE, and THE RIDDLE OF PENNCROFT FARM.