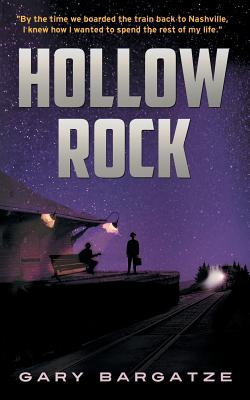 Todd steams into Memphis just as the blues begin oozing up out of the juke joints into the white establishments lining Beale Street. During the next week he seeks out the latest sounds in the honky-tonks and gentlemen's clubs. But after hearing the ragged, personal lyrics of a lone guitarist sitting in a dimly lit corner of a squalid speakeasy, Todd knows now how he wants to spend the rest of his life--writing songs, riding the circuit, and playing the blues.

Sad to say, Todd soon learns "life has a way of tearing up track and bending the rails."

This fourth book in the six-part Your Winding Daybreak Ways series begins where author Gary Bargatze's third novel, Hurricane Creek, leaves off. It follows this frustrated bluesman's remarkable journey of survival and resourcefulness, as he becomes a key player in the birth of jazz, the mutual fund industry, broadcast evangelism, and global philanthropy.