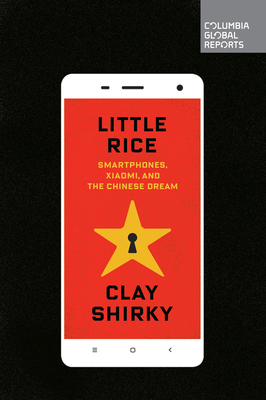 Smartphones, Xiaomi, and the Chinese Dream

Can the world's biggest economy actually innovate? Clay Shirky explores China at a crossroads. Smartphones have to be made someplace, and that place is China. In just five years, a company named Xiaomi (which means "little rice" in Mandarin) has grown into the most valuable startup ever, becoming the third largest vendor of smartphones, behind only Samsung and Apple. China is now both the world's largest producer and consumer of a little device that brings the entire globe to its user's fingertips. How has this changed the Chinese people? How did Xiaomi conquer the world's biggest market? Can the rise of Xiaomi help realize the Chinese Dream, China's bid to link personal success with national greatness? Clay Shirky, one of the most influential and original thinkers on the internet's effects on society, spends a year in Shanghai chronicling China's attempt to become a tech originator--and what it means for the future course of globalization.

Clay Shirky divides his time between consulting, teaching, and writing on the social and economic effects of Internet technologies. He is the author of two recent books on the subject, "Cognitive Surplus: Creativity and Generosity in a Connected Age" (2010) and "Here Comes Everybody: The Power of Organizing Without Organizations" (2008). He holds a joint appointment at New York University, as an associate arts professor at the Interactive Telecommunications Program (ITP) and as an associate professor in the journalism department. He is also a fellow at the Berkman Center for Internet and Society, and he was the Edward R. Murrow Visiting Lecturer at Harvard's Joan Shorenstein Center on the Press, Politics, and Public Policy in 2010. A graduate of Yale, his writing appears frequently in "The New York Times, Wired, The Wall Street Journal," and "Harvard Business Review," and his TED Talks have been viewed by millions. He lives in New York City.
Loading...
or support indie stores by buying on