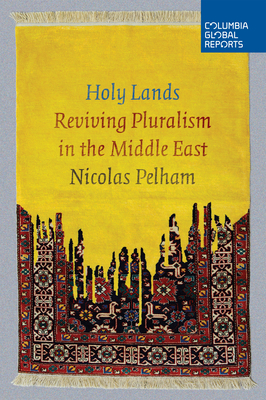 Reviving Pluralism in the Middle East

How did the world's most tolerant region become the least harmonious place on the planet? The news from the Middle East these days is bad. Whatever hopes people may have for the region are being dashed over and over, in country after country. Nicolas Pelham, a veteran correspondent for The Economist, has seen much of the tragedy first hand, but in Holy Lands he presents a strikingly original and startlingly optimistic argument. The Middle East was notably more tolerant than Western Europe during the nineteenth century, because the Ottoman Empire permitted a high degree of religious pluralism and self-determination within its vast borders. European powers broke up the empire and tried to turn it into a collection of secular nation-states; it was a spectacular failure. Rulers turned religion into a force for nationalism and the result has been ever increasing sectarian violence. The solution, Pelham argues, is to accept the Middle East for the deeply religious region it is, and try to revive its tradition of pluralism. Holy Lands is a work of vivid reportage--from Turkey and Iraq, Israel and Palestine, Abu Dhabi and Dubai, Bahrain and Jordan--that is animated by a big idea. It makes a region that is all too familiar from news reports feel fresh.

Nicolas Pelham has written about the Middle East since 1992. He began as the editor of Middle East Times from Cairo before joining the BBC Arabic Service. He covered the Algerian civil war and the caprice of Colonel Qaddafi as the BBC's correspondent in Rabat. In 2002 he joined the Financial Times reporting on the downfall of first Saddam Hussein and then the American protectorate in Baghdad. Since 2010, he has reported on the region's collapse for The Economist and The New York Review of Books. He is the author of two previous books, A New Muslim Order (2008) on Arab Shiite rule, and A History of the Middle East (2010) with Peter Mansfield. He lives in London with his wife and three children.
Loading...
or support indie stores by buying on