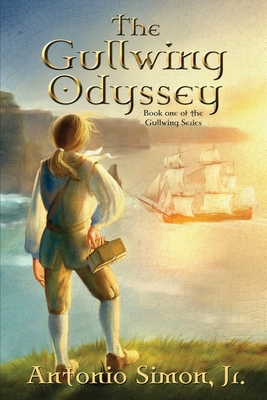 A four-time award winning fantasy/comedy. Marco's life as a messenger isn't great, but the work is easy and he gets retirement pay in thirty years. Little does he know his life teeters on the cusp of change.

When an unusual assignment sends him overseas, he finds himself stranded in foreign lands. With no way home and no hope of making his delivery, he sees sour prospects for attaining his modest retirement dreams, much less getting out of the whole mess alive. Even that wouldn't be so bad if he weren't constantly outrunning pirates, embroiled in international intrigue, and attacked by a hummingbird with an appetite for human brains - that's just the start of his misadventures.

But lurking in the wings is a much greater threat than getting sacked from his job. The fate of an entire civilization may well rest upon his scrawny shoulders. In spite of himself and quite by accident, Marco may yet become the hero he strives not to be.

Antonio Simon, Jr. is a lawyer and award-winning author of several books. He holds Bachelor of Arts degrees from the University of Miami (Florida) in the subjects of political science and history, as well as a Juris Doctorate from Saint Thomas University's School of Law. He lives in Miami.
Loading...
or
Not Currently Available for Direct Purchase