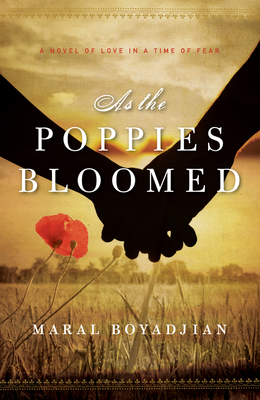 As the Poppies Bloomed

A Novel of Love in a Time of Fear


It is 1913 and late summer in the Ottoman Empire. The sun rises, full and golden, atop a lush, centuries-old village tucked into the highlands where the blood-red poppies bloom. Outside the village leader's home, the sound of voices carries past the grapevines to the lane where Anno, his youngest daughter, slips out unseen.

She heads to a secret meeting place. She forgets that enemies surround her village. She forgets that her father meets each day with trepidation. She knows only the love she has for Daron, who waits for her as she hastens to him, once again breaking the ancient rules of courtship.

Anno and Daron wish for nothing more than marriage and a better day alongside their neighbors, but neither is prepared for the dark, dangerous secret that Daron's father keeps or the upheaval that will soon envelop their village, their land, and their hearts.


Praise For As the Poppies Bloomed: A Novel of Love in a Time of Fear…

"Boyadjian based parts of the book on the stories of her own grandparents, survivors of the Armenian genocide. That comes through, both in the description and in the way the characters react to the ever-present dangers, and makes As the Poppies Bloomed a moving work."  —Foreword Reviews

“As the Poppies Bloomed is a compelling read from first page to last and clearly documents author Maral Boyadjian as an especially gifted storyteller who will leave her readers looking eagerly toward her next novel.”  —Midwest Book Review

"As the Poppies Bloomed is a story of love, loss and in the end salvation—the best type of story we have to remind ourselves of some of the worst, and best, aspects of the human condition."  —Christopher Atamian, HuffPost Books, The Huffington Post

"As the Poppies Bloom is a beautiful novel. Maral Boyadjian paints a gorgeous picture . . . This is a tale of love and loss that will satisfy any history buff."  —Portland Book Review

Maral Boyadijan is the granddaughter of four Armenian genocide survivors who weaves the memories and experiences of her grandparents into her writing. She lives in Granada Hills, California.
Loading...
or support indie stores by buying on