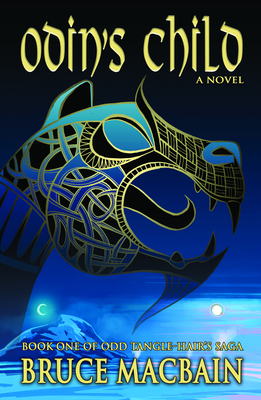 Book One of Odd Tangle-Hair's Saga

An old grudge erupts into violence as Odd Tangle-Hair refuses to back down from the men he believes shamed his father and betrayed their heritage by turning away from the old gods in favor of the White Christ. But when the violence escalates and Odd's family bears the brunt of it, he must leave his beloved Iceland behind and find his own way in the world. The golden age of Viking conquest is fading when he takes to the seas with his rag-tag crew, but they will voyage to primitive Lapland, war-torn Norway, the magic-drenched forests of Finland, and the borders of Russia, where Odd enlists in the retinue of a renegade prince. Odin's Child is the first of three books in which Odd recounts his life.

Beautifully written, impeccably researched, and deeply rooted within the oral tradition of story telling, Bruce Macbain has woven an evocative saga that will sweep readers into the past and plant them firmly in Odd's rapidly changing world.