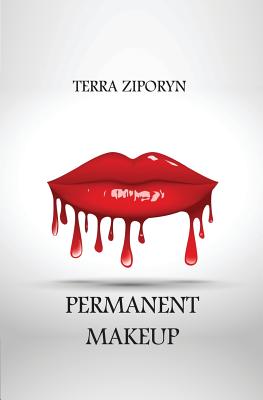 Maxine, as she herself puts it, is "one opinionated broad." Her grown daughter, Dodie, an au natural social worker in a domestic violence shelter, has plenty of opinions too-mostly polar opposites to those of her mother, a proud member of the Society of Permanent Cosmetic Professionals. After fleeing to the US from Capetown as a teenager, Dodie had never expected the two would ever again live in close proximity. Even as a grown woman, and professional caregiver, she can't help resenting her mother's denial of everything about herself: her physicality, her Judaism, her disregard for the South African blacks-even her personhood in the way she allowed abuse by her deadbeat husband, a man she literally barred from the house when Dodie was a toddler. Dodie remains equally disgusted by her mother's lingering relationship with mentor and former lover "Dr. Ruf," a cultivator of beauty and world-renowned permanent makeup guru. But when Maxine discovers that Dodie has hidden Shelley, a victim of domestic violence, in her Annapolis skin care salon, they find themselves using their respective skills to shelter Shelley and disguise her from her abusive boyfriend. This new working relationship unsettles them both, as well as their respective livelihoods and outside relationships, and sparks a series of events that culminate in Dodie's telling Maxine the truth about why she left South Africa, a truth that will change their understanding of themselves and their relationship forever. Told jointly by Maxine and Dodie as they reconstruct their lives in an appeal to Dodie's runaway teenage daughter, Permanent Makeup raises questions about who we are, what we can make of ourselves, and whether, in the end, we can escape our origins.

Terra Ziporyn won first prize for her historical novel Time's Fool in the Maryland Writers Association Novel Contest in 2008, as well as short story awards from Writer's Digest Magazine and the Chicago Literary Review and an Artist Development Grant from the Vermont Council on the Arts. A widely published medical writer, she is a former associate editor of the Journal of the American Medical Association (JAMA) whose books include The New Harvard Guide to Women's Health (Harvard University Press, 2004) and Alternative Medicine for Dummies (IDG Books, 1998). She has a BA in both history and biology from Yale and a PhD in the history of science and medicine from the University of Chicago.
Loading...
or support indie stores by buying on