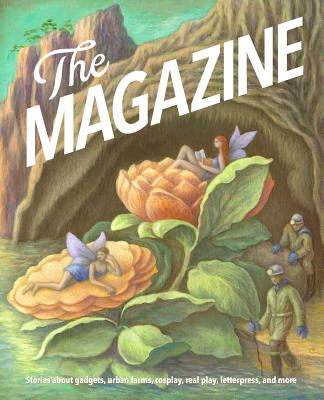 The Magazine brings the best of its long-form non-fiction journalism out of the realm of digital publishing, where it first appeared, and into the lush, inky world of print. This collection, drawn from our first 12 months of publication, features stories about games, play, culture, making things, old technology revived, and going up to (and coming down from) the mountaintop.Read the most compelling, funny, offbeat, and moving non-fiction articles and essays from The Magazine's first year in publication. These 40 long-form features are guaranteed to delight, challenge, and enlighten.

Glenn Fleishman is the owner, editor, and publisher of The Magazine. He is a veteran technology journalist who has written for Boing Boing, Macworld magazine, TidBITS, the New York Times, the Seattle Times, Wired, and many other publications. Since 2005, he has contrib- uted frequently to the Economist, including a 2013 cover story and weekly essays and reporting that appear on its blogs. Fleishman hosts the podcast The New Disruptors. He lives in Seattle with his wife and two sons.
Loading...
or support indie stores by buying on