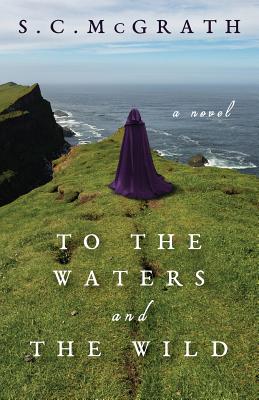 To the Waters and the Wild

Shrouded in mystery, ancient Eire nurtured a people both eloquent and fierce. Scholars and warriors were honored with like reverence and women were recognized as equals to men. Within this isolated world of poetry and warfare, Keelin, a fearless chieftain's daughter, struggles to understand her fate. Gifted by the gods in the arts of healing and telepathy, and destined to become a priestess, she nonetheless rails against such a solitary and self-sacrificing life. She chafes under the strict tutelage of the austere priestess, Nuala, who demands unerring scholarship and dedication. Torn by conflicting emotions, Keelin imagines a life possible only in her dreams.

Keelin's troubles are soon overshadowed by a dire threat to her island home. The most powerful civilization in the ancient world has turned a covetous eye toward Eire and an invasion is imminent. Rife with clan rivalries and blood feuds, Eire and its defiantly independent people seem doomed, forcing Keelin to resolve her internal strife and quickly hone her extrasensory powers to help defeat the invader. So, too, Eire's clans must unite their warriors to battle the forces of the Roman Empire. Among these warriors is Brian, who Keelin has alternately hated and loved for as long as she can remember. The approaching battle will irrevocably seal their fate.