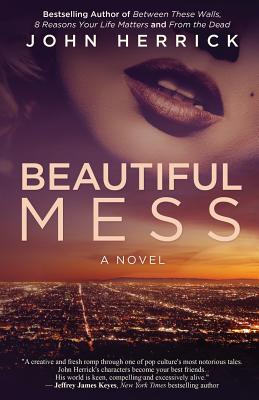 A fallen star. Four Los Angeles misfits. And the Marilyn Monroe you only thought you knew.

Del Corwyn is an aging relic. An actor who advanced from errand boy to Academy Award nominee, Del kept company with the elite of Hollywood's golden era and shared a close friendship with Marilyn Monroe. Today, however, he faces bankruptcy.

Humiliated, Del is forced to downgrade his lifestyle, sell the home he's long cherished, and fade into a history of forgotten legends--unless he can revive his career. All he needs is one last chance. While searching through memorabilia from his beloved past, Del rediscovers a mysterious envelope, dated 1962, containing an original screenplay by Marilyn Monroe--and proof that she named him its legal guardian.

Del surges to the top of Hollywood's A-list overnight. But the opportunity to reclaim his fame and fortune brings a choice: Is Del willing to sacrifice newfound love, self-respect and his most cherished friendship to achieve his greatest dream?

A story of warmth, humor and honesty, Beautiful Mess follows one man's journey toward love and relevance where he least expects it--and proves coming-of-age isn't just for the young.