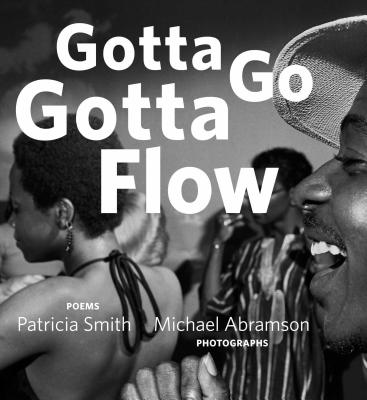 Life, Love, and Lust on Chicago's South Side from the Seventies

Over the next three years, Abramson takes thousands of vivid photographs of smoke-filled Pepper's, Perv's House, the Patio Lounge, High Chaparral, and other black nightclubs. Not so much the clubs, but the night people who fill the crowded bars until sunrise.

Enter Patricia Smith, a nationally acclaimed poet who grew up not far from these clubs. Smith, a four-time National Poetry Slam champion who was awarded a Guggenheim Fellowship in 2014, finds inspiration in Abramson's pictures. She creates words that capture the culture of Chicago's black nightclubs and the urban life that nurtured them. She brings his night world back to life.

Smith's words and Abramson's photographs record the vitality of a special place and time. Her words give his photographs a new rhythm as well as a new place in Chicago and music history. The clubs seem timeless, but they came and went. Now, only Abramson's flash-filled photographs and Smith's resilient words remain.

Patricia Smith is the author of six books of poetry, including Shoulda Been Jimi Savannah, winner of the 2014 Rebekah Bobbitt National Prize from the Library of Congress, the 2013 Lenore Marshall Poetry Prize from the Academy of American Poets, and the Phillis Wheatley Book Award. She is a 2014 Guggenheim fellow, and a four-time individual champion of the National Poetry Slam. Michael Abramson (1948-2011) worked as a Chicago-based commercial and documentary photographer for nearly four decades starting in the early 1970s. He began photographing South Side nightlife in 1974. The South Side clubs became a link between Parisian bistros, a "secret, suspicious world closed to the uninitiated," he wrote. Abramson took the photos for this book in the 1970s, and always considered it his best work.
Loading...
or
Not Currently Available for Direct Purchase