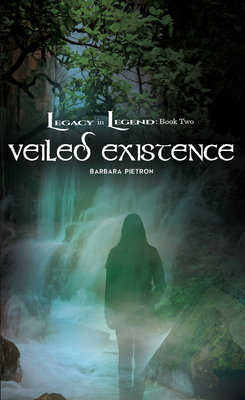 When Jeni's boyfriend, Ice, doesn't show up to join her on vacation, she discovers that he's not only been abducted, but cursed—a curse that makes him a threat to Jeni's life. The quest for answers leads to an entity from Irish and Celtic legend, an immortal witch that has been exacting her vengeance for centuries. To best this formidable foe, Jeni must embrace ancient druid magic and break the curse before it takes her life.

After years in the corporate world, Barbara Pietron found herself with a second chance to decide what she wanted to be when she grew up. Her lifetime love of books and the written word returned one answer: writer.

Pietron’s Book One of the Legacy in Legend series, Thunderstone (Scribe Publishing Company, 2013), was a finalist for Indiefab’s 2013 Young Adult Book of the Year by Foreword Reviews, and in 2012 Thunderstone was a quarter-finalist in the Amazon Breakthrough Novel Award contest. As such, Barbara won a full manuscript review from Publishers Weekly, which called Thunderstone “…well-written and entertaining,” adding that “… Jeni makes for a likeable protagonist that readers will identify with.”