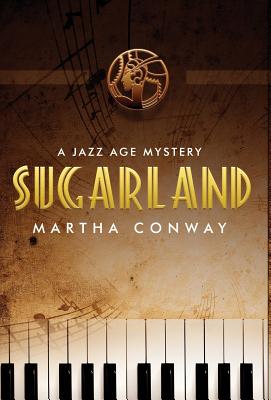 In 1921, young jazz pianist Eve Riser witnesses the accidental killing of a bootlegger. To cover up the crime, she agrees to deliver a letter to a man named Rudy Hardy in Chicago. But when Eve gets to Chicago she discovers that her stepsister Chickie, a popular nightclub singer, is pregnant by a man she won't name. That night Rudy Hardy is killed before Eve's eyes in a brutal drive-by shooting, and Chickie disappears.

Eve needs to find Chickie, but she can't do it alone. Lena Hardy, Rudy's sister, wants to learn the truth behind her brother's murder, but she needs Eve's connections to do that. Together Eve and Lena navigate the back alleys and speakeasies of 1920s Chicago encountering petty thugs, charismatic bandleaders, and a mysterious nightclub owner called the Walnut who seems to be the key to it all. As they fight racial barriers trying to discover the truth, Eve and Lena unravel a twisted tale of secret shipments and gangster rivalry. SUGARLAND mixes the excitement of a new kind of music--jazz--with the darker side of Prohibition in a gripping story with "real suspense for anyone who likes a good mystery." (Kirkus Reviews, starred review)