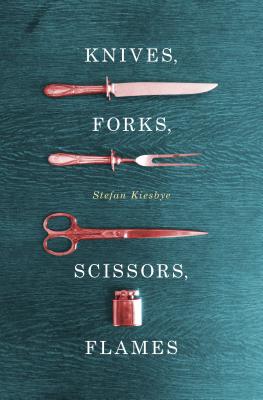 "Stefan Kiesbye...is the inventor of the modern German gothic novel." --Elmar Krekeler, Die Welt "In Strathleven, a village near L beck, mysterious events occur. The newly arrived Benno and his family are faced with the corpse of an unknown woman, superstition, vicious sermons and isolation. A modern gothic novel: quirky, very readable and interesting from the first page to the last." Peter Peterknecht, Deutschlandradio Kultur "Kiesbye pulls out all the stops...The novel ends in a scary-exciting finale."--Helmut Lenz, Borrom usverein "Ancient pagan Germanic myths and customs pervade the history of Stratleven and its inhabitants. Nothing seems to follow the simple course of events, but old and savage rules; the only apparent escape is to commit new acts of violence."--Magdalene Geisler, der Freitag Moving from Berlin to Strathleven, a picture-perfect village on the Baltic Coast, was supposed to be a new beginning for Benno, his wife Carolin, and their six-year-old son, Tim, who is suffering from a mysterious illness. However, shortly after arriving in the country, Benno finds the corpse of a young woman in the woods, and when no one in the village admits to having known her, Benno initiates his own investigation. He digs deep into Strathleven's superstitions and ritualistic past to recover the history of the murdered woman, yet will he be able to save his marriage and the lives of his wife and son?

Stefan Kiesbye is the author of four previous novels, Next Door Lived a Girl; Your House Is on Fire, Your Children All Gone; Fluchtpunkt Los Angeles; and The Staked Plains. He lives with his wife Sanaz and three dogs in the North Bay Area, and teaches creative writing at Sonoma State University.
Loading...
or support indie stores by buying on