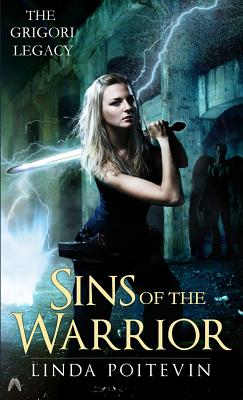 Sins of the Warrior (Grigori Legacy #4)

Heaven and Hell are at war.

Homicide detective Alexandra Jarvis's niece is missing and pregnant with Lucifer's child, her sister has descended into madness, and the human race has begun a relentless spiral toward self-destruction that Alex is desperate to stop. Now Michael, the Archangel she holds responsible for Earth's plight, has returned--and he's demanding her help to track a missing god.

Fighting for the very survival of his own realm--and that of humanity--Michael's only chance to defeat Hell lies in returning Heaven's long-lost daughter to her throne before it's too late. But first he'll have to convince Alex to help him--and to keep her out of Seth's clutches long enough for her to do so.

There can be no right choices.

In a desperate bid to save both their worlds, Alex and Michael must put aside their animosity and find a way to work together in the face of increasingly impossible decisions...and unimaginable sacrifices.