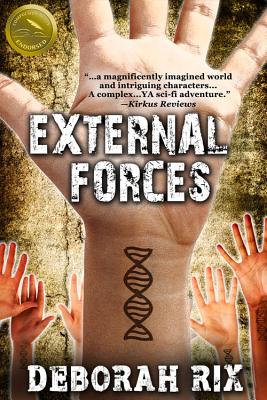 A lot can happen to a girl between her first kiss and her first kill: things like treason, betrayal, and heartbreak. It's been 100 years since the Genetic Integrity Act was passed and America closed its borders to prevent genetic contamination. Now only the the dysgenic Deviants remain beyond the heavily guarded border. The Department of Evolution carefully guides the creation of each generation, and deviations from the divine plan are not permitted. So when 16-year-old Jess begins to show signs of deviance, she enlists in the Special Forces with her best friend Jay in a desperate bid to evade detection by the Devotees. Although Jess is good with data, she's not so good with a knife, causing her to question why the handsome and secretive Sergeant Matt Anderson selects her for his Black Ops squad. As her deviance continues to change her, she is forced to decide who to trust with her deadly secret.Ultimately, she needs to know what's really out in the Deviant wasteland over the border if she has any hope of making it to her 17th birthday because if the enemy Deviants don t kill her first, the Department of Evolution probably will.